Alana, Dave and I drove to Chicago on Thursday last week for an extra long weekend. We got there around 2 pm and then went in search of deep dish pizza. We weren’t staying in Chicago proper so the first night we just stuck around “our neighbourhood”, Schiller Park. Now I’ve never been a fan of deep dish, I like my pizza the way I like my TVs, flat, but I was willing to give Chicago a shot. We went to a walk-in place nearby, Lou Maltani’s. Apparently there are about 1457 locations so we figured it was going to be a pretty good representation of what Chicago deep dish is all about. It was fine. I had to take all the toppings off my second piece because they were seriously overpowering. I thought it tasted way too much like Pizza Hut, frankly. But it was OK. Would I have deep dish again? Probably. I’d need to have it with just cheese though. 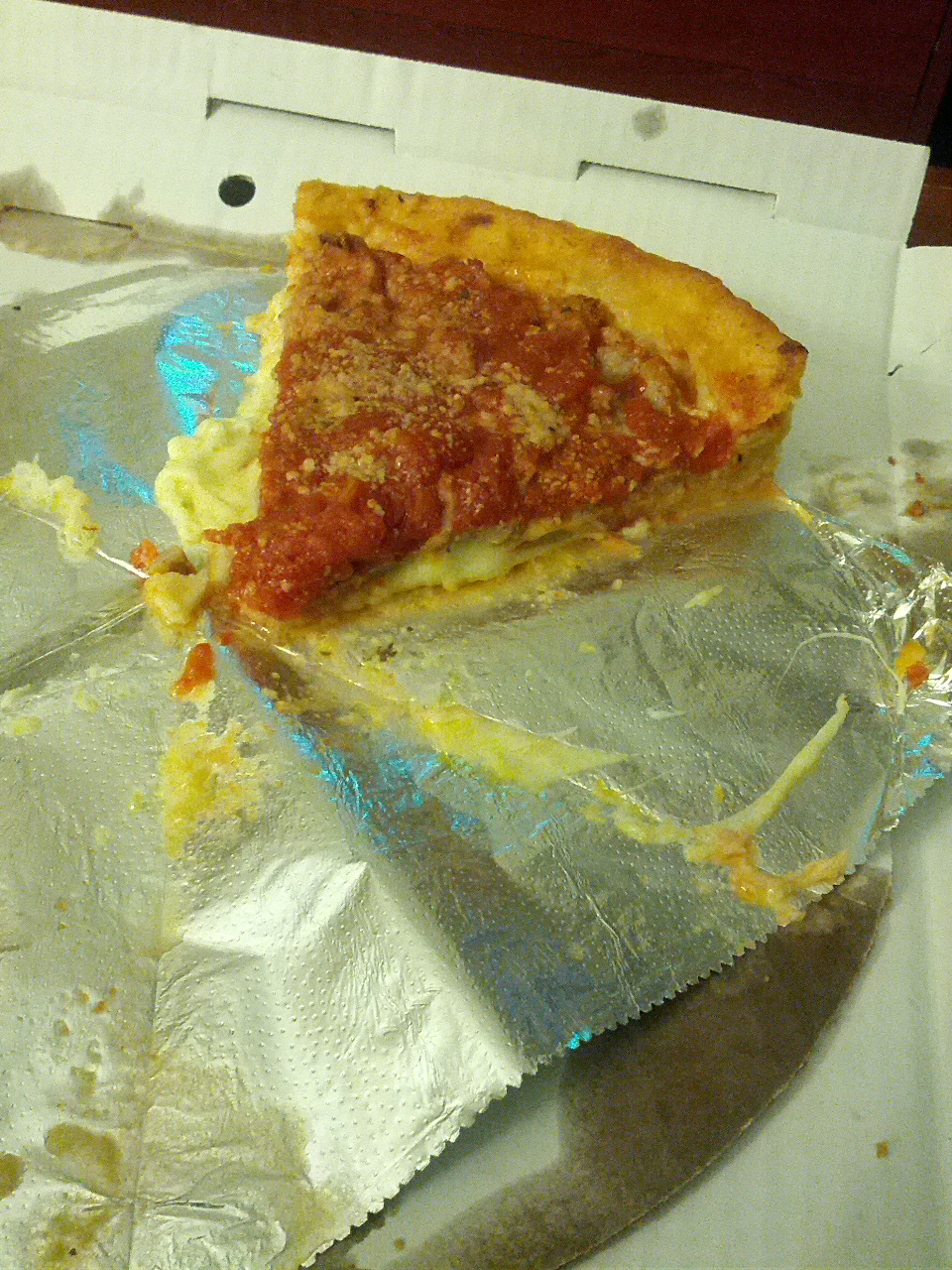 Afterwards we went for Crepes and then promptly we all fell asleep at 9 pm. I guess the 8 hour drive had really gotten to us. That or the fact we left at 7 am.

The next morning Alana and I drove Dave to the Magic GP at the convention hall close to our hotel and then went into Chicago. We had a great drive in, it took around 20 minutes. And then another 10 because the GPS was unclear about how to actually get to Navy Pier. We ended up looping back around on the highway. Once you miss your exit in Chicago you’re fucked. You basically have to go around again to get back to it. We found parking and went to trade in our vouchers for the architecture tour we were going on. They had room on the first boat of the day so we hopped on. It was so fun! Our tour guide was fantastic. He was so funny and knowledgeable. I would recommend going on the Shoreline architecture tour to anyone going to Chicago.

We heard all about the various building phases Chicago has had and the tour guide recommended some other things to do while in the city. Well worth the price of admission. Do this first, it really helps you understand where you’re going when you’re walking around later in the day. 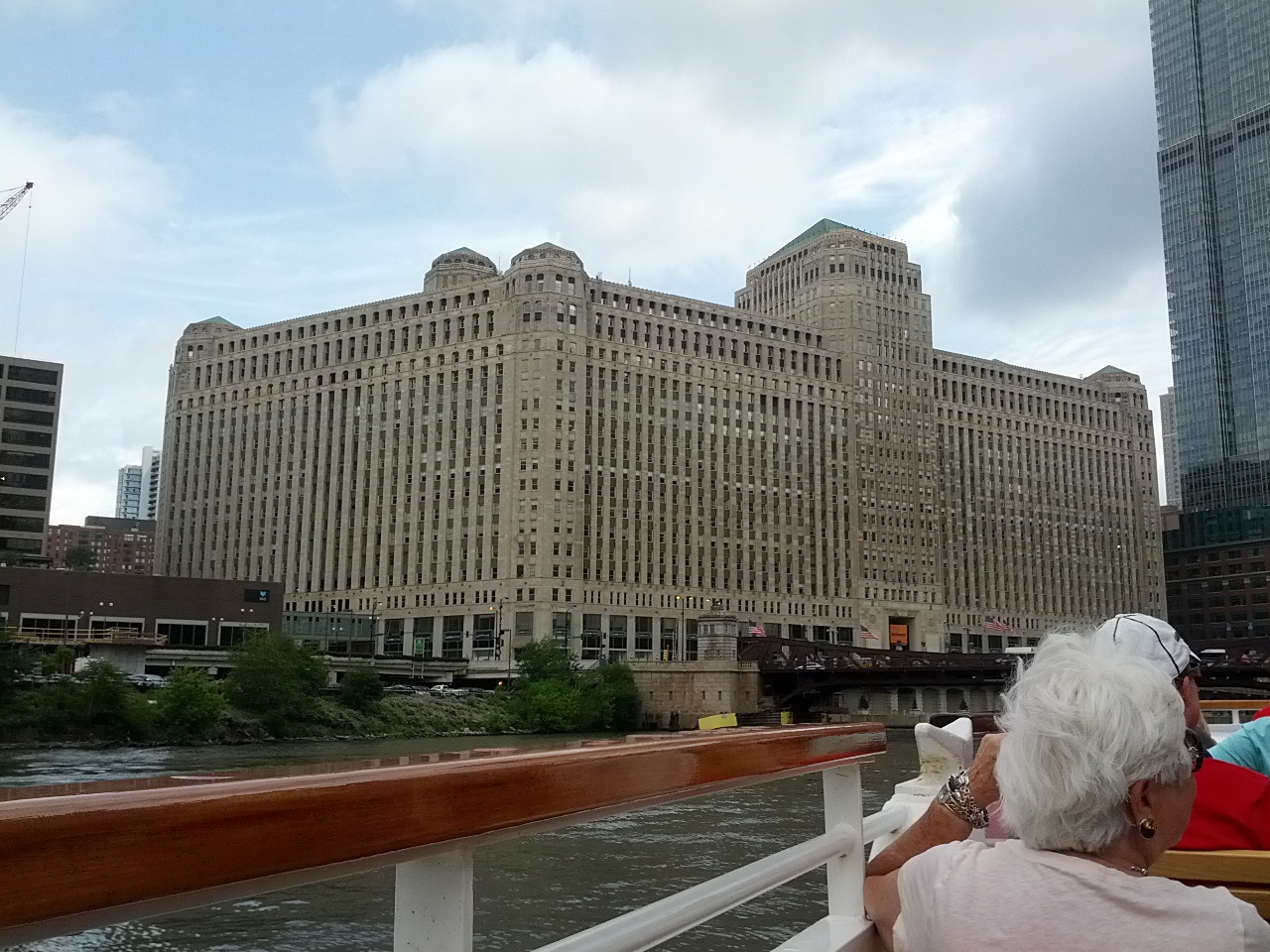 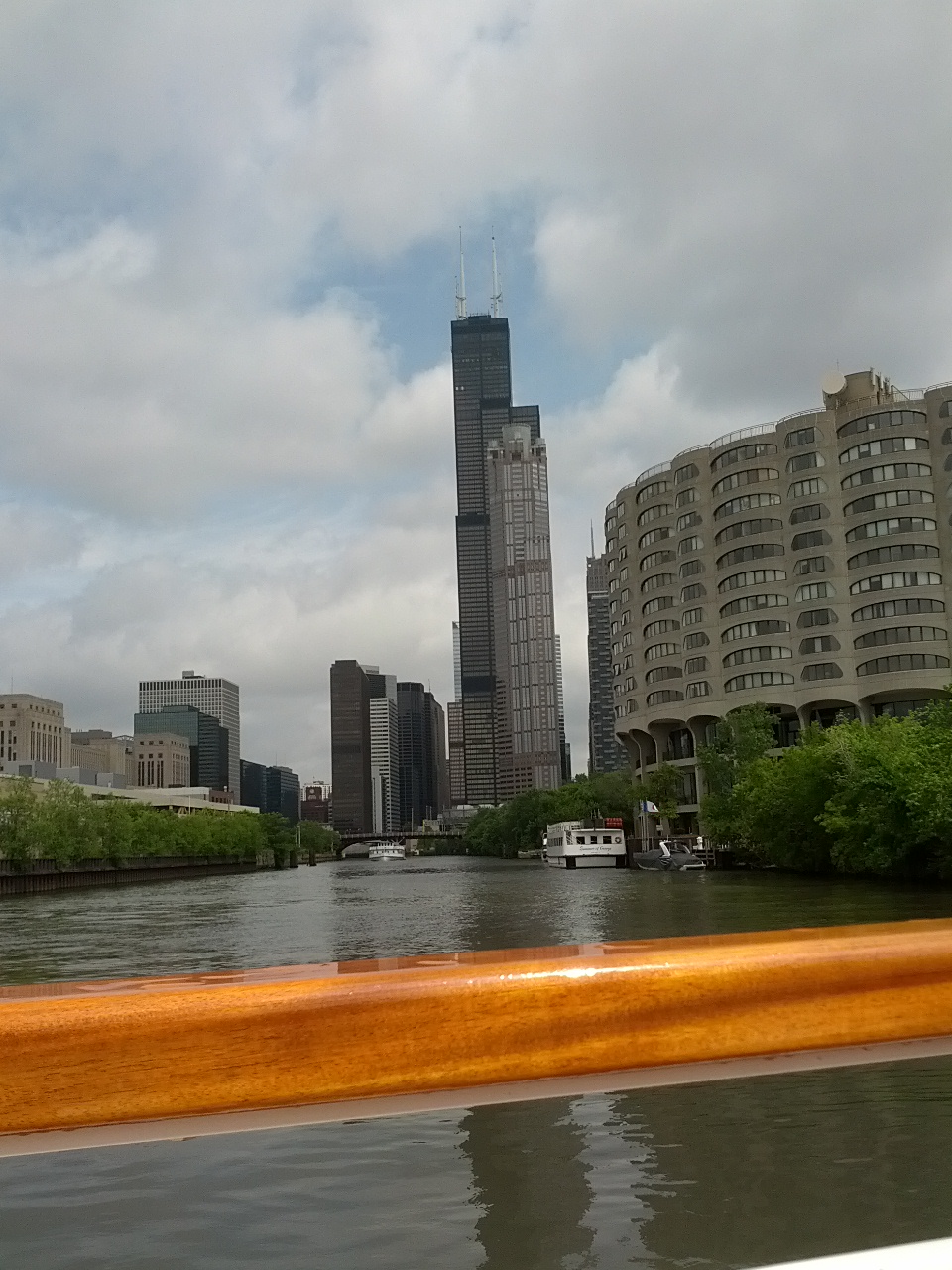 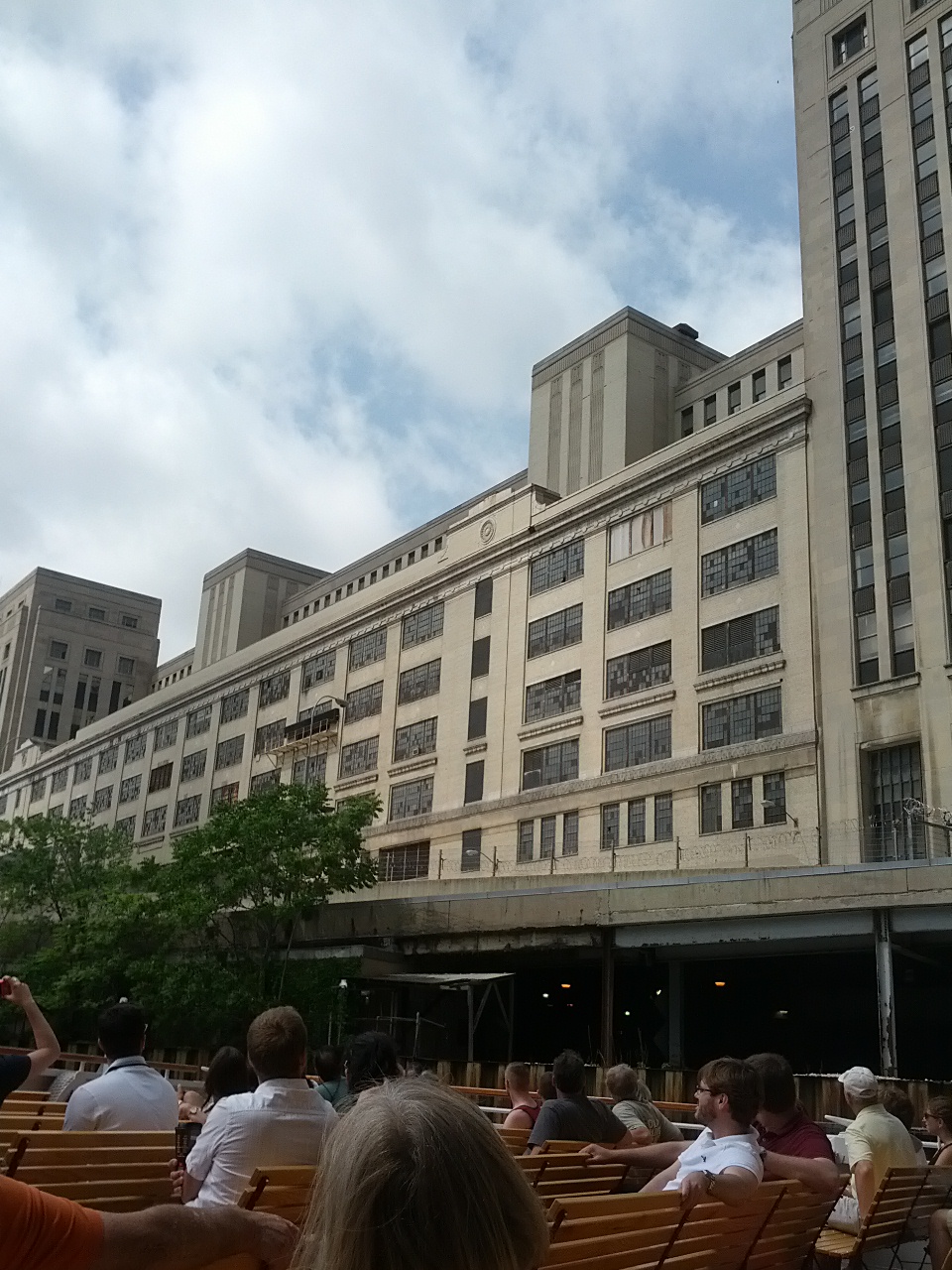 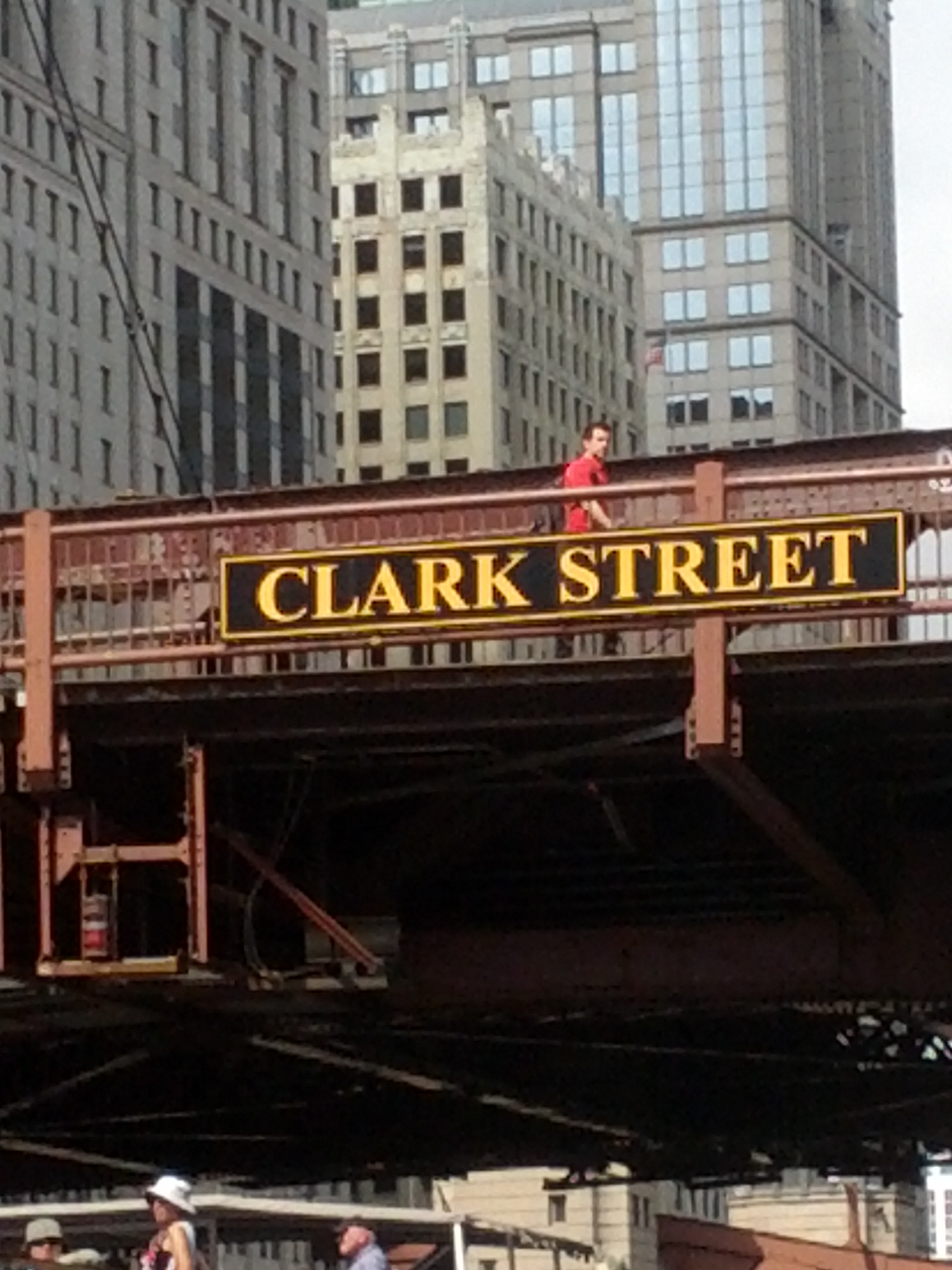 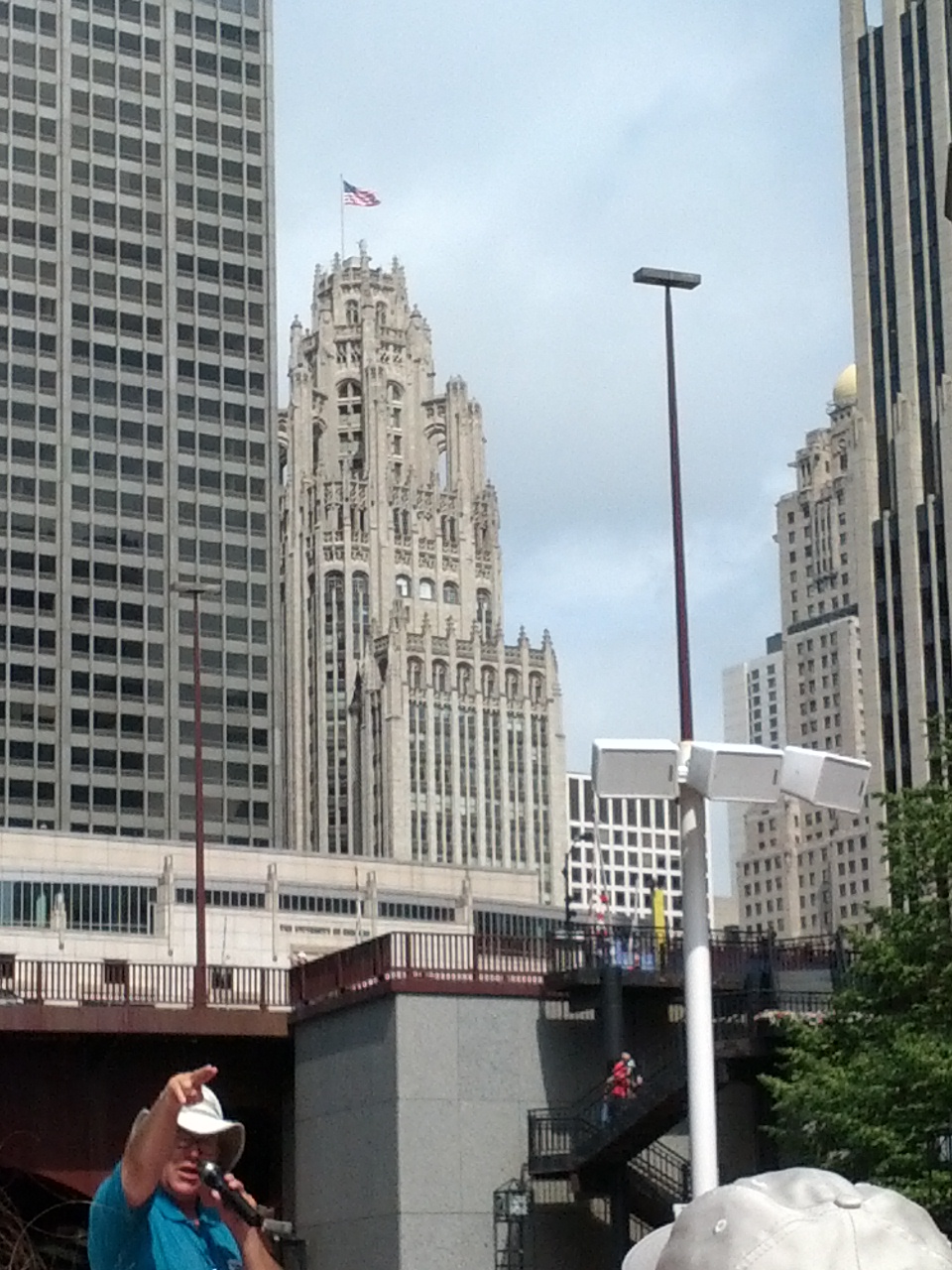 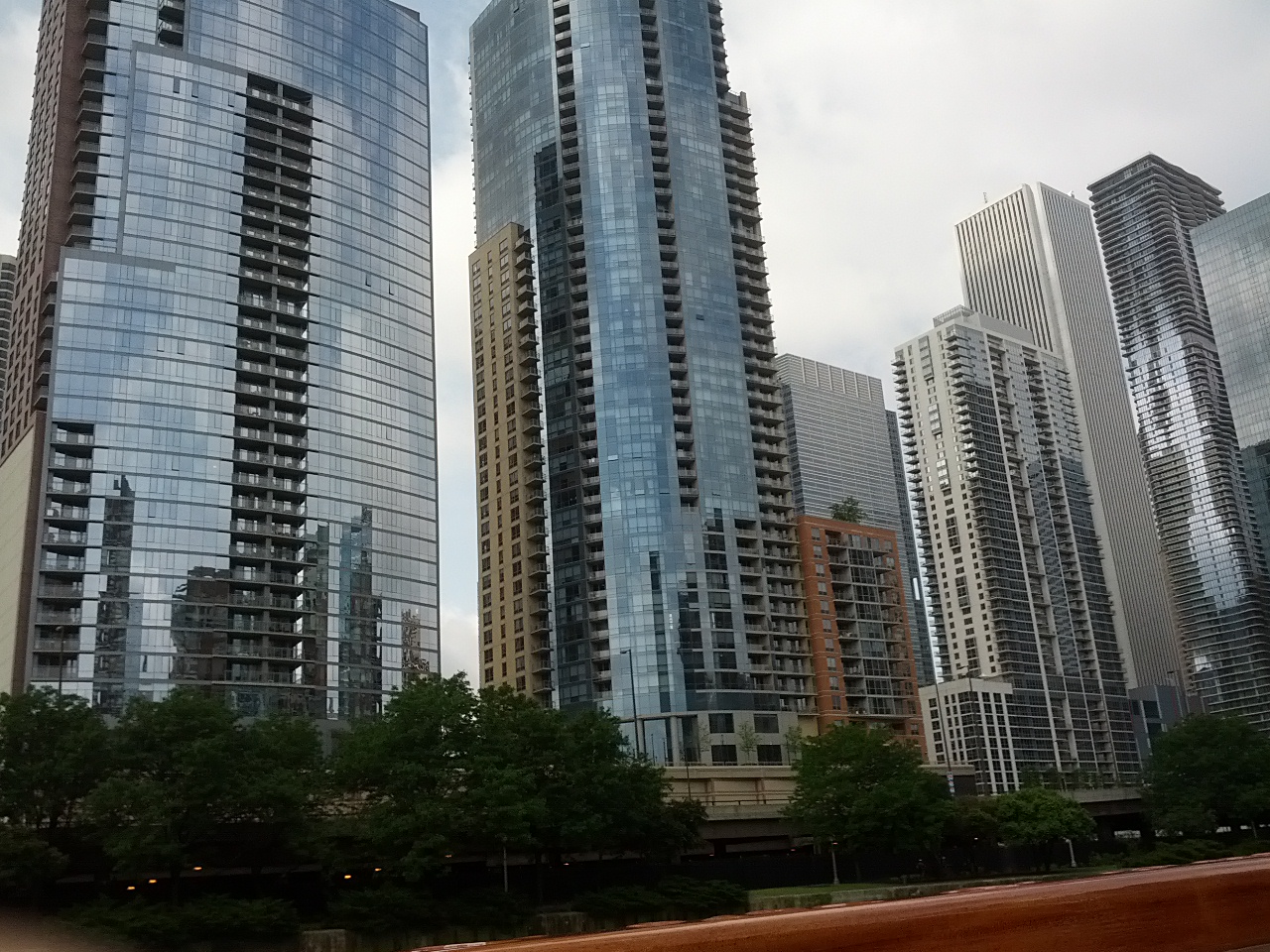 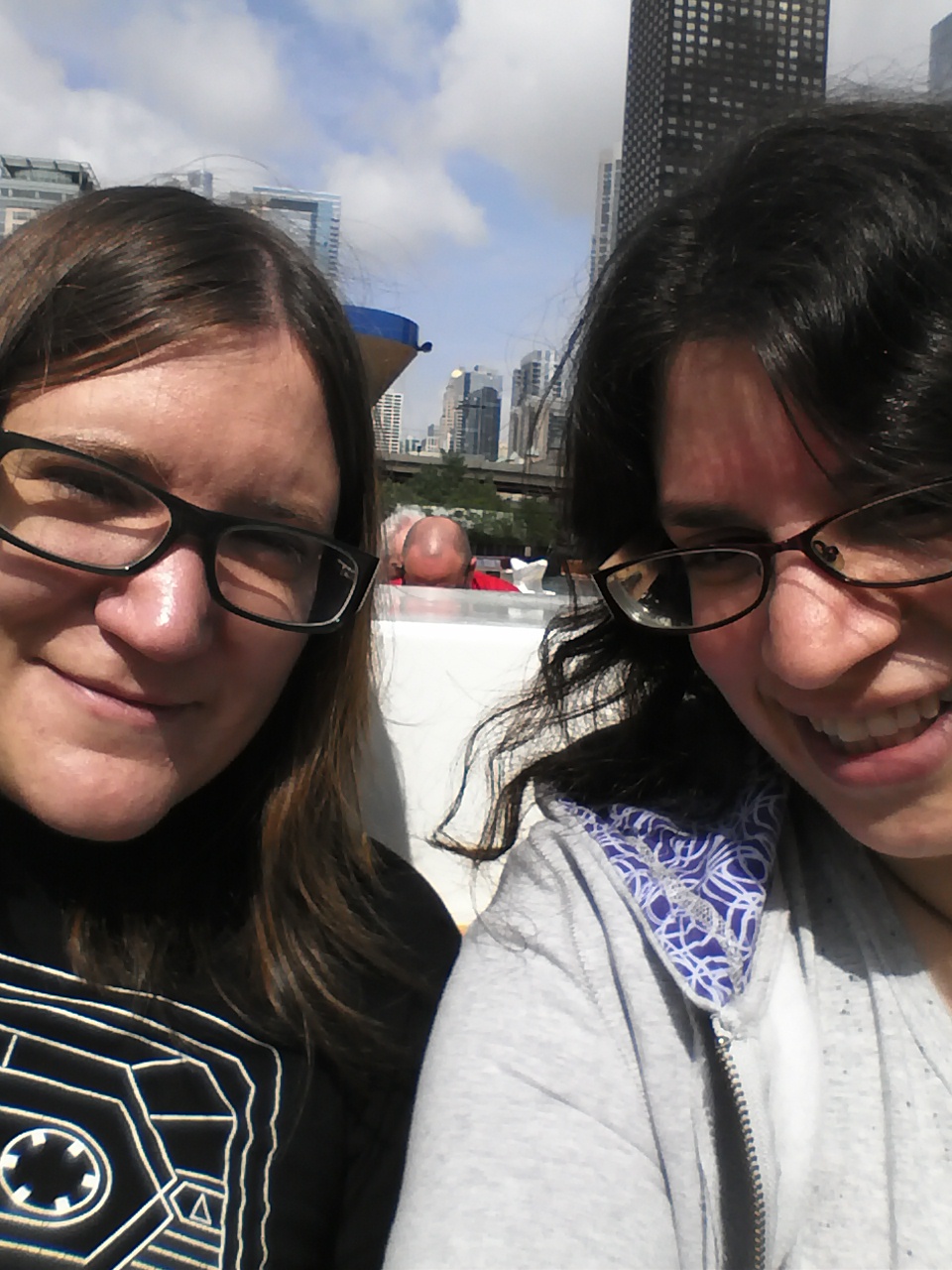 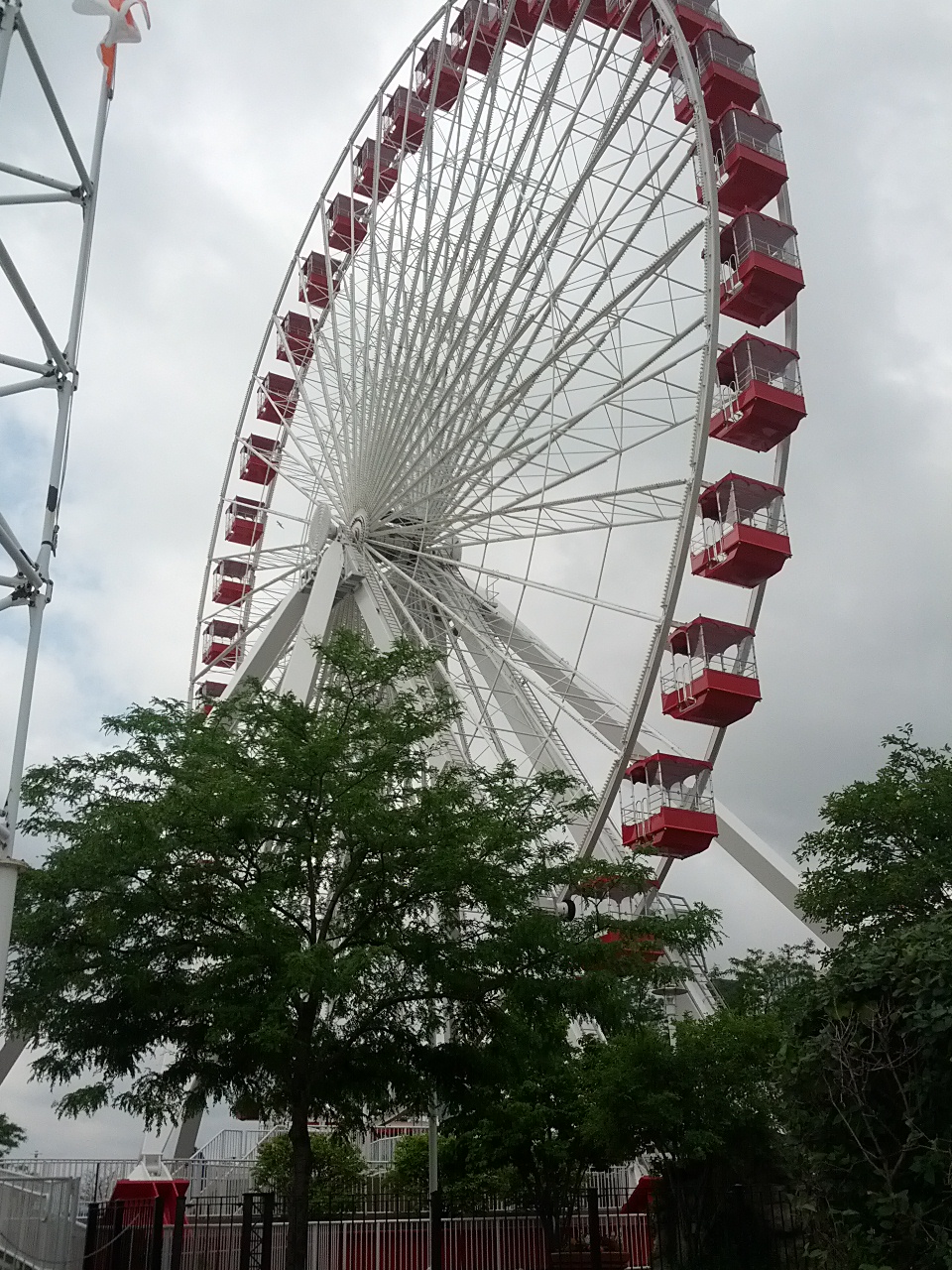 Sunday marked the end of week 21. 21 weeks of fitness. I’m nearly half way through my year! Super pumped! Didn’t have a weigh in last Friday as I was in Chicago from Thursday to Sunday and I will likely not weigh in this Friday because with packing, stress, outings, etc. I’m not paying the closest attention to my weight. I’m still working out though!

Last week of Body Rev!!!!!!!! Only 4 more days to go. Will do a much funner post tomorrow on Chicago.

Still in Chicago. Still doing so much walking. And eating.

I am in it! LOTS of walking around today. Over 20,000 steps. Bigger post re: Chi-town in the coming weeks.

With my sister in town visiting I am so busy. We’ve gone out to eat 2 days in a row now, delicious! I also had to bring her rental car in because she got a stone chip which turned out to be nothing. All that running around, plan making, for nothing! Can’t wait to move next week and feel settled again.

Today I did workout 12, phase 3 for Body Rev. It’s the last workout in the program, meaning I’ve now done all the workouts at least 1 time. Can’t wait for next Friday when I’m done it completely! I can’t stop complaining about Body Rev. It makes me not want to get up and do workouts anymore. It’s not that I can’t do the routines, I can, it’s that I can’t change up what I’m doing daily that’s getting to me.

Yesterday marked the end of my 20th week of fitness. Looking forward to being done Body Rev at the end of next week and moving on to other things. I’m going to be really proud of myself for completing it.

Onward to week 21! Going to Chicago on Thursday, so I’ll likely miss 1 day of Body Rev which I’ll have to do Sunday when I get back so I can say I finished the whole thing. 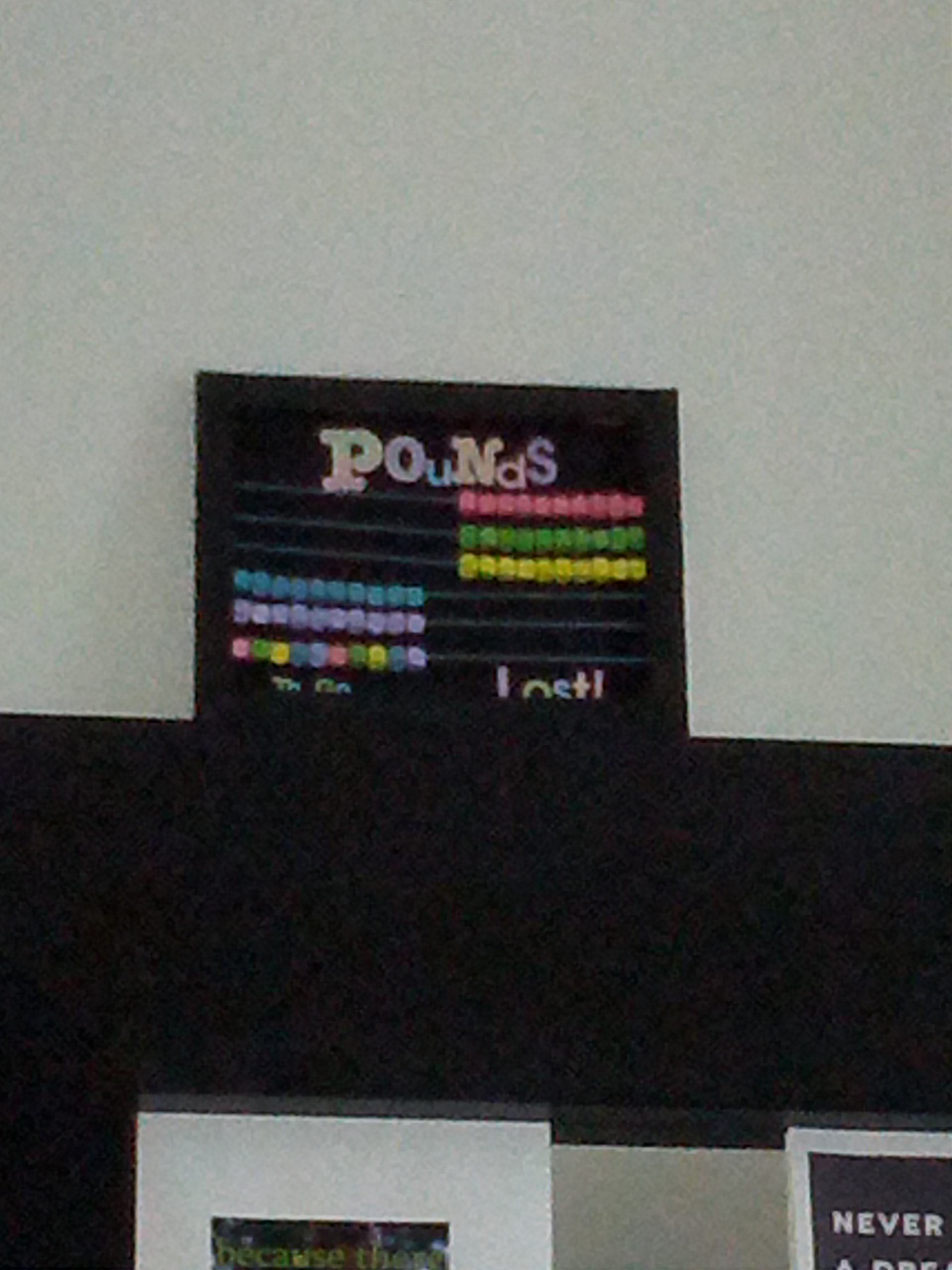 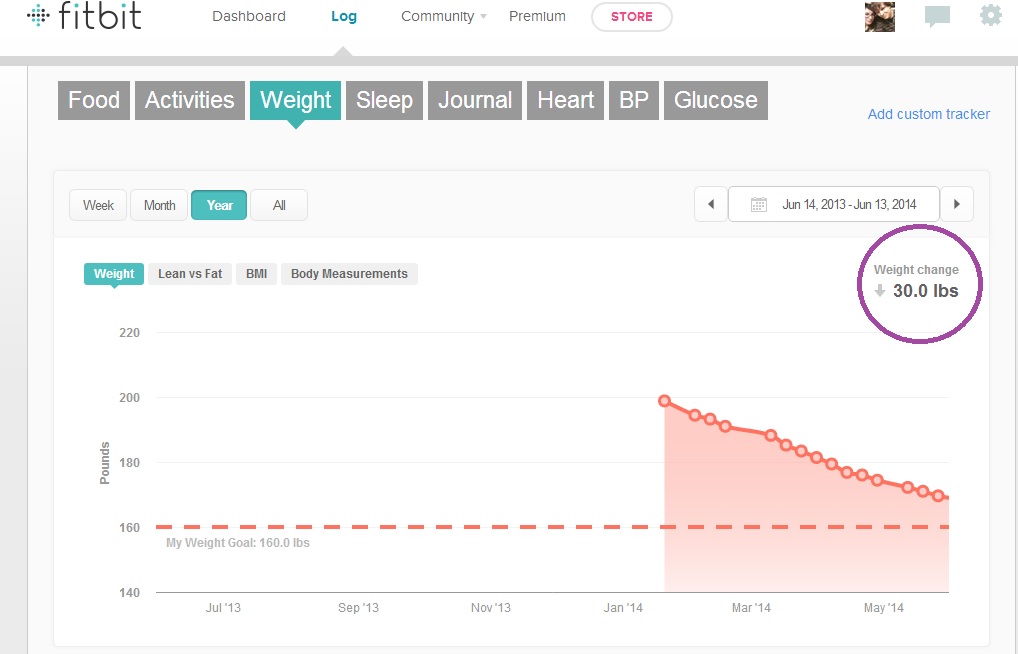 Onward to 40 pounds lost and being in the 150s! I can’t wait. This is probably the smallest I’ve been in about 10 years? Only 3 more weeks of Body Rev too! So awesome. Can’t wait to move and keep at it in my new place. Can’t wait to see what I weigh by the end of summer, or the end of the year, or the end of the 52 weeks! Thanks to whoever reads this blog and keeps me accountable. 1/2 way! I never would have thought I was going to be 1/2 way done. 60 pounds feels like the most amount of weight, but now I just have to do whatever I have been doing for another 32 weeks and I’ll be well on my way to my big goal. Very happy today.

Really looking forward to finishing this week’s workouts tomorrow. This week is kicking my butt. Today when I weighed in I was down to 169, so I could be down another half pound this week. Weight loss is getting slower, maybe I should be changing up my food again. Or maybe this is totally fine and I should just keep working out and eating in moderation (but whatever I want, basically) and slowly get to my goal. Sigh. Weight loss is such a 4-letter word.

I am happy that since I’ve stopped logging my food a few weeks go I’ve still managed to lose consistently. This means that I’ve finally accepted what I’m doing as a lifestyle and not something that I’m going to quit once I reach my goal (which today feels so unattainable).

Body Revolution is a killer these days. I’m in week 10 right now and every workout is tough.  I can’t wait to be done in 3 weeks time.

So how does Body Rev work? Body Rev is broken down into 3 phases, with 4 week intervals to each. The first 2 weeks of each interval you do one set of exercises, the last 2 weeks of each interval you do another set and so on. There are 12 workout phases and 3 cardio phases total. Right now I’m doing workout phases 9-10 and cardio 3. It’s all exhausting. After this week I have 3 weeks to go (they make you do the last 2 phases and cardio for 3 weeks instead of the regular 2 to get you to 90 days, why it can’t just be 12 weeks and not 90 days is beyond me).

I really want to finish it but it’s getting so terrible! 2 more days this week and I’m onto my last phase. I want a big reward after I finish this. Like a buffet, or 2 buffets. Maybe 3.