SVs are my favourite kind of weight loss victories but not the only victories I should measure success by. I’m 2 pounds away from 50 pounds lost which is insane to think about for me. Seeing the number slowly creep from 1 pound lost to 48 pounds lost has been so awesome. But it isn’t the only thing I’m proud of.

So, here are some of my fave NSVs lately:

1. Encouraging Others: so many of our family and friends are on board for keto now. 2 brother in laws, 1 sister in law, my sister, some of Dave’s friends, my mom even is going lower carb than normal and I’m so proud of them all. Lead by example, guys, you’re all killing it.

2. Clothes: I can’t stop buying dresses. I’m fitting into mediums at a bunch of places and I bought pants in a size 11 the other day. My sister is so confident about my progress she’s giving me her size 8 jeans that are now too big for her since she started keto-ing. I also can’t get over how things fit. I guess I didn’t realize when you are wide your clothes go out wider. My shirts that fit better now are also fitting less better because they are too long.

3. Travelling: We have a few trips planned this year and I’m going to be at least 40 pounds less on them than when we went to Europe last summer. 40. I am freaking out with excitement at being able to run around with plenty of energy and know that I earned every awesome trip meal because I stay on track for so long and “banked” my cheat meals.

Today has been a great reminder of why I undertook this lifestyle. Sure, I want to see the scale move, but more importantly I want to encourage others, encourage myself and be majorly proud of all the times I stuck to it when I could have just given in. I’m very happy with my weigh loss and I’m VERY happy with my will power. As I’ve lost weight, I’ve gained determination and will power, a great combination. 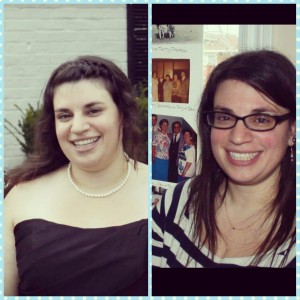 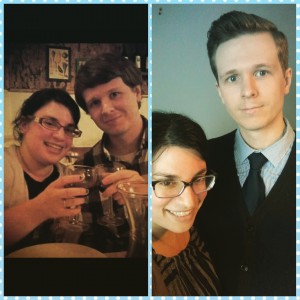 A post to remind myself that losing weight sure is a process. That is all.